Hub recently aired this classic movie and I live-tweeted it to capture my experience. I don’t remember the movie being so heavy and emotional when I watched as a kid.
I didn’t remember Bastian’s mother being dead nor his father being so void of compassion. The death of Artax was also a lot more gut wrenching this time around. The actors really went all in with their performances in the film.
One thing that I thought would be an  interesting change to the movie is the scene with Bastian and the empress. If they had chosen twins, their final scene together would have been a visually striking conversation that would have left the question open as to how much of this fantasy world was really fated to be saved by Bastian or how much it was influenced by his reading the story.
A reboot is in the talks and the following artwork has been conceptualized.
I think a darker version would change the magic of the movie but if done correctly it could take it to greater heights because frankly it is already pretty dark after I watched it as an adult.
“The NeverEnding Story Character Redesigns by Nicolas Francoeur
Concept artist Nicolas Francoeur was kind enough to let us share his character redesign concepts for The NeverEnding Story, which have a more mature, dark and gritty approach. Francoeur is currently working as a Senior Concept Artist at Eidos Montréal.” Via http://conceptartworld.com/?p=30357 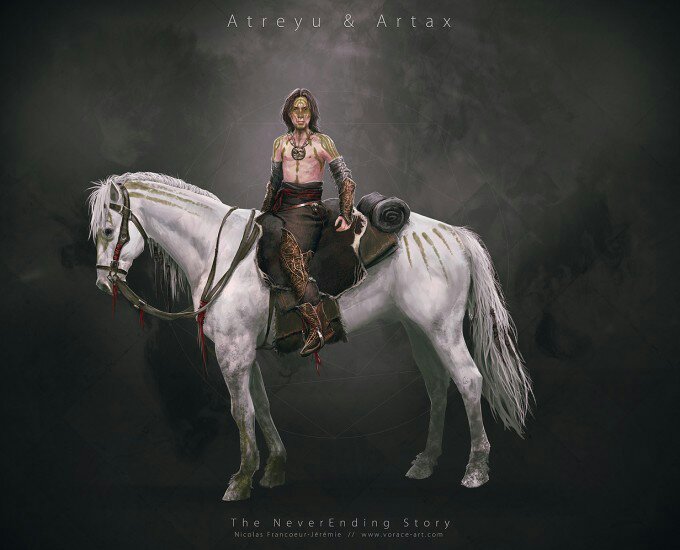